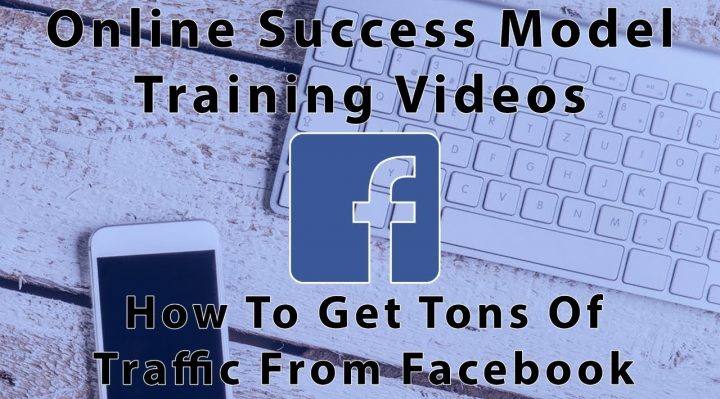 Hi, my name is Alex Copeland and I work with Richard Fairbairn and the online success model team. And this is our course on Facebook marketing ‘How to Optimize Your Facebook Ad Campaigns.’

Follow the steps in this tutorial so you don’t overthink things and make better decisions with optimizing your Facebook Ads. Reverse engineer your competitors and come up with the standard model.

If you’ve got a personal account on Facebook, found your competitors and like their pages and before you know it you’ll start seeing Ads either from those competitors themselves or from businesses that are very similar to them. Pay close attention to these and reverse engineer them to find the standard model for these Ads. In other words you need to go through as many of these answers as possible and get a clear understanding of what kind of pictures, headlines and text they use.

As you look at this, you’re going to see common patterns. Focus on the most commonly used strategies because this gives you the Industry Standard Model. Don’t get side-track by Ads that seems so different, so new or so innovative because chances are they’re so different from the industry standard model that they are actually working very well, they’re not converting.

Once you’ve got this Industry Standard Model you can come up with your own versions and test it with a low budget.

TEST WITH A LOW BUDGET

You don’t want to burn through a tremendous amount of cash during the testing process. There will be a time and place for you to get crazy with that budget, but now is not that time.

Now that you’ve come up with your own version of the Standard Model, create variations of it and then run low budget test. Do not do this randomly; do not do this based on your feelings or impulses. Instead you have to follow certain rules on how to create variations otherwise you just won’t know what part of the Ad accounts reach its greatest success.

I’ve seen this happen multiple times; in fact I’ve committed this mistake myself. I would take an Ad and test it; I would notice it wasn’t getting that many clicks so I change half of the Ad or maybe change the pictures and headline or maybe the headline and the description. Whatever the case I would change at least half of it and sure enough it would improve. But when I try to improve things again by changing the other half of it, it all falls apart. This is because you need to establish a way of affectively tracking which changes accounted for which improvements. By using this method you can optimize parts that work to reach peak convertibility and then work on the other elements of the Ad. However, you have to do this in a systematic way.

Now, that you’ve made variations of the original and you run tests there will be at least one winner that gets the most clicks and conversions so now you make variations of that and run the test again. It’s actually pretty straightforward. You keep making variations and you keep testing on the cheap and then finding out the best that delivers the best ROI (Return on Investment).

In other words it delivers the most conversions while costing very little money.  This might seems quite difficult right now, but it really is doable with testing.

Increase your Ad budget to your winning Ad to pump a massive amount of traffic to it. You should only do this when you are dead sure that you’ve got a winning Ad on your hands. In other words you’ve tested it rigorously and you’ve optimized it to the point that it cannot improve its conversion right any further. Now, you’re ready to really push the budget on that one.

Make sure you optimise at an elemental level. The big problem with the Ad optimisation method I described above is how do you know which change got you the best optimisation. Wholesale variations just don’t work. You can’t just take an Ad, see it doesn’t work, replace it with a completely different Ad and see that doesn’t work and then repeat that process. Even if you’re spending very little money each time it still burns a tremendous amount of time, effort and opportunities.

We need a better way to do this and the better way is to vary on an element by element basis. To do this I would take an Ad and I would restrict my optimization to a specific element of that Ad. Every Ad actually has many elements;

Again, I’m spending very little money each time. I just want to see an improvement in click through rate for that element I’m varying. Once I’ve reach the level that doesn’t seem to be able to improve any more then I would move on to another element. Let’s say I was running an Ad campaign for dog food and I noticed that my best performing picture after a series of variations was a picture of a dog that seemed to be smiling. I would keep that picture, but then I would switch to the next element of the Ad which in this case is the headline. I would then keep varying the headline to see if I could improve the conversion rate.

Once I’ve reach the ceiling of the improvements in conversion due to the headline changes, I will then move to the description and so on and so on. You see how this works?

If you keep picking the winning variation each time before moving on you can see where is working on where it isn’t. You do this with small test until the whole Ad is optimized. After you’ve been through every element and they’ve all been optimized you’ve got an Ad that is converting much better than it’s original.

Now is the time to scale up. This is when I put quite a large amount of cash into my Facebook Ad campaigns to boosts traffic on that winning advert.