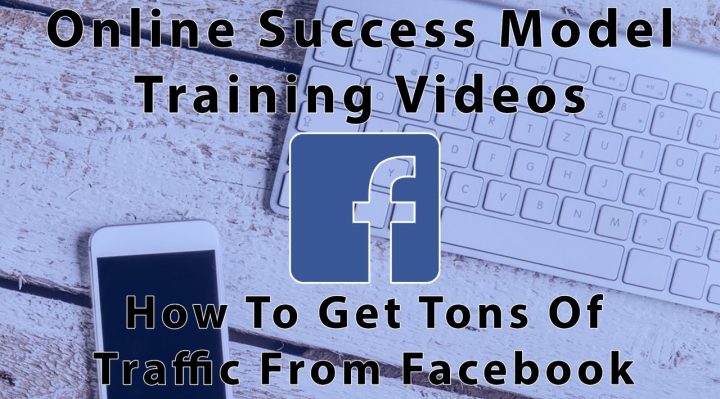 Seems like even the very best of us are not immune to making these common mistakes so it’s a good idea if you want to save a lot of time and effort and money at this point to become aware of them. This will decrease the likelihood that you’ll probably commit the same errors. So let’s go through these 10 common Facebook marketing mistakes now.

The worst thing you can do is jump in with a massive budget and absolutely no clue how this works. The best ways to start low and slow, build up from there and not waste all that money.

Now, if your page is really new or that just really not much going on in the page yet then you might want to hold off on doing a paid campaign. The thing is you simply don’t have enough target audience profile information to base a successful paid campaign on so it’s a waste of time.

Many marketers use some sort of one size fits all mass promotion tool and they go all over Facebook discovering all sorts of groups and pages and then use this tool to basically spam those areas. Now don’t do this because you’re not doing your brand and the favours or whatsoever. All you’re really doing is spamming these groups and you’re going to get a bad reputation for it. Not only that, but it’s only a matter of time before you might even get banned.

There’s an old saying that you can lead a horse to water, but you can’t make it drink. And the same thing’s true here, you can get a lot of people on Facebook to click on a link but don’t expect them to confer make sales once they go to your affiliate sales page or straight to your sales page. But why not, why won’t people buy after all they did click on your Ads? Well, the answer is that they haven’t been properly qualified.

In many cases they would have just click that link out of curiosity or maybe even hit by mistake and whatever the case is not going to get you the sale. Posting direct links is not the way to go. You have to build up confidence, you have to build a rapport and you have to build up trust. Once you’ve done and they click on your link they go in there with the intention that they know and like you and you’re much more likely to get conversions.

You can’t just be lazy and just set Facebook publication tools up to just pick any and all content from Facebook that has something to do with your keywords and then just blast it out everywhere. This is just spamming and why would you do that. You have to be very deliberate and careful regarding the kind of content whether curated or not that you associate with your brand. It’s very easy to get a bad reputation.

Have you ever gone on your Facebook page and it just seems like all the content got reposted over and over again all within that very same day. There is an idea behind this practice and that’s the more of Facebook audience member sees your content the more likely they’ll click through. Which in itself is kind of okay, but the fact is if you do this and just regurgitate the content it looks like you’re just spamming your page friends. So don’t be surprised if they get fed up with this and they don’t like your page.

Another common rookie mistake on Facebook involves paid Ads. If you go in and you see that one of your Ads is simply not performing then it’s very tempting to just come up with a brand new Ads set and just completely replace them. It’s something that looks completely different, but when you do this you don’t know which part of the new Ads is succeeding or failing. Because you’ve change all in one go you’re base in taking shots in the dark. If your Ads performance does improve you have no idea what caused it, you have no idea what tweak it was that made it actually improve. You have to have something in place to be able to track what improvement causes what reaction.

Some marketers are so lazy that they would just look at their competitors and just copy all of their Ads. Of course they may not copy it word for word, but they still end up failing badly. How come? While your competitors have spent a tremendous amount of money and time optimizing their Ads they’re showing, the fact that they’re showing as regular as they are means that those ads work. However, what you don’t get is a competitive advantage by just copying them wholesale. You can’t just copy someone’s Ads without knowing what you’re doing.

The thing is it may only be a certain portion of your competitor’s Ads that truly deliver that results and if you don’t know what you’re doing and you don’t know what portion of Ads are working for them and you can’t tell why then you basically take a wild stab at your Ads design. You might be saying the wrong things at the right time or you’re saying the right things to the wrong people, either way you end up failing.

Many rookie Facebook marketers have a one-time big time mind-set; they’ve heard how awesome and fantastic Facebook traffic is so they put together some hard earned money capital to run an Ads campaign. If that Ads campaign doesn’t perform according to what they thought it would then they could be too quick to pull the plug on using Facebook Ads altogether from that point on. Just because things don’t work out that first time it doesn’t mean you have to pull the plug on the whole thing. You could stop certain campaigns, start new ones, tweak ones, use the same overall budget and make modifications to your existing campaigns.

Have you ever seen a slow motion train wreck? It’s quite sad because it’s all too predictable, but you can’t turn your head to look the other way you want to know what’s coming next. You know the back of your head exactly what’s going to happen, but it’s so slow, so massive that you just can’t help but look. Well, your Facebook marketing campaign can happen in much the same way. You might know that your campaign is failing, but you can’t quite put your finger on the cause so you just go through the motions like dear with is eyes stuck in the headlights and you just watch it crash and burn before you.

Why not choose to learn how to fail quickly. It’s an absolute definite fact that you’re not going to make 100% of your shots. So the best thing to do is learn to live with this fact and learn to fail quickly using a tiny budget. This way you can run loads of different experiments even though the vast majority of them might be failures. But that’s okay because you’re only spending a fairly small amount of money figuring out the winning ones.

These are the 10 most common mistakes and now that you know them you can imagine yourself being in situations where these are likely to happen. But now you know how to get out of them, you can spot them well in advance. Because you know these mistakes might happen you can have a backup plan in place should you find yourself committing it.